The Importance of Status and Ceremony in Ancient Times 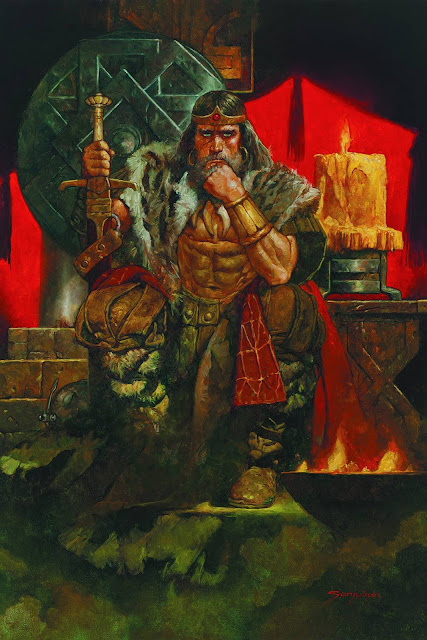 Civilized men are more discourteous than savages because they know they can be impolite without having their skulls split, as a general thing. - Robert Howard

In ancient times those who broke from decorum were seen to be actively disrespecting others. Correctly following ceremony and showing respect would not only be polite, but it would save one from being slain. This post will detail some principles of ancient ceremony for players to be cognizant of not only during domain play but also prior to its start.

A major principle in ceremony are the effects implicit once it is broken. Take for example a man insulting a king by not showing him proper respect. A man of power disrespected by a man of lower station would show weakness by not rectifying the disrespect. This would extend not only to the figure’s institution but to it’s members as well. When King Agamemnon is disrespected, the kingdom of Dolonia and it’s inhabitants are disrespected as well. There would be an obligation for King Agamemnon to act not only to secure his own power but to maintain the honor of his Kingdom and his people.

Another thing to consider are the effects on image from following ceremony, breaking ceremony, and punishing those who break ceremony. When two parties are both complicit in ceremony they reinforce each other as valid, which reaffirms their position in the society. When a party breaks from ceremony they not only jeopardize their position but that of others. Thus when the breaker of ceremony is punished it reaffirms the position by nonconsentually restoring both parties the position of reinforcing one another.

Player skill here is not only knowing the ceremony but also it’s obligations and effects. While different cultures may have different procedures the underlying principles for ceremony would be shared.

When encountering another a player should take care to determine the station of them and the other. Thus if they meet a lowly beggar, the beggar would be of lower station than them and would seek to treat them with respect they are owed. However a chance meeting with nobility would see their dynamic switched, the onus on the player to treat the king with the respect he is owed. A further component to this is encountering another in their home and being a guest. I have written about this before, but essentially the host has higher station because they ought to protect and provide for their guest. Thus meeting the same beggar in the lair they have made in the ancient tunnels beneath the city would be different as the player would be a guest.

Displaying status would be a manner by which player skill could then be tested. A band of men covered in grime and blood could not be let to enter a palace. But a band of men, each of them clad in fine furs and silver jewels, heralded by a standard bearer would have a much higher chance to meet with King Agamemnon.